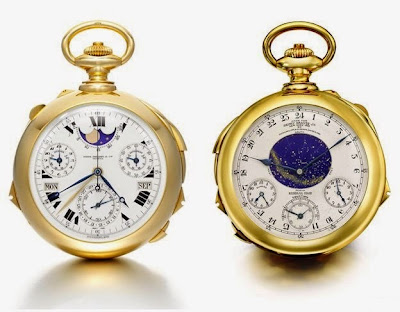 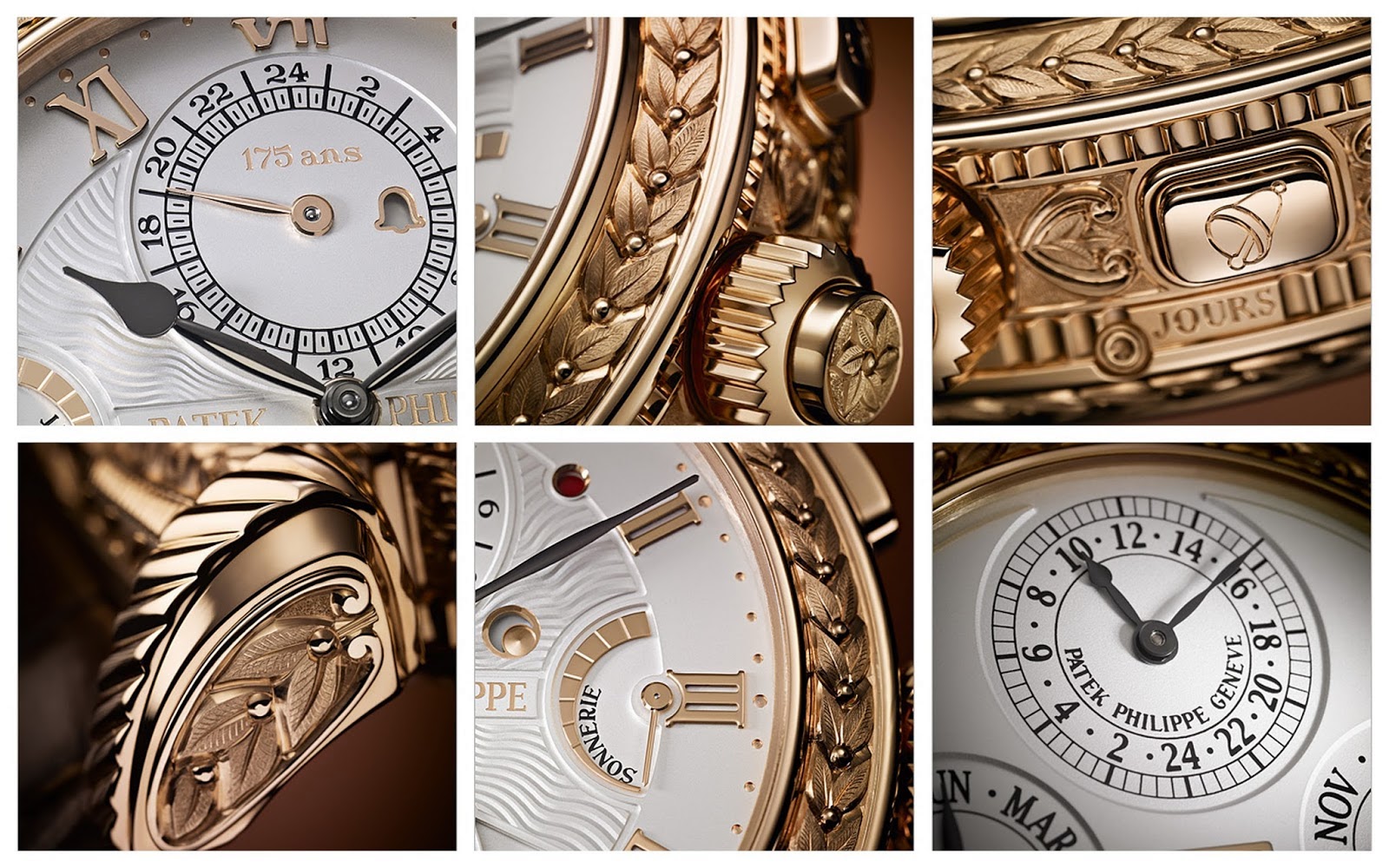 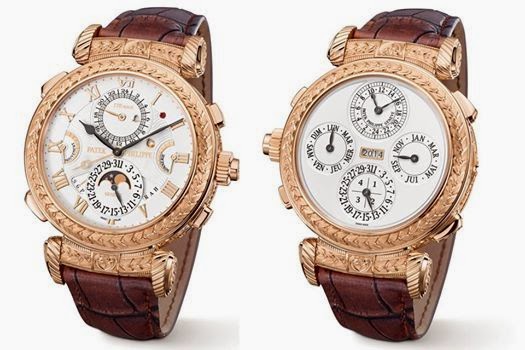 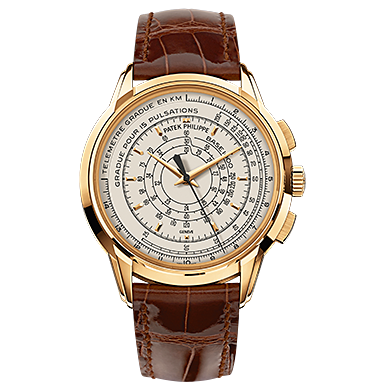 Rolex has recently launched a new line of Cellini timepieces. Look at them all in their majestic glory.


The days go by in an infinite cycle: yesterday, today, tomorrow. Each day that passes is different, each day is essential. The Cellini Date model adds another function to the indication of hours, minutes and seconds: a date display imbued with elegance, tradition and poetry. 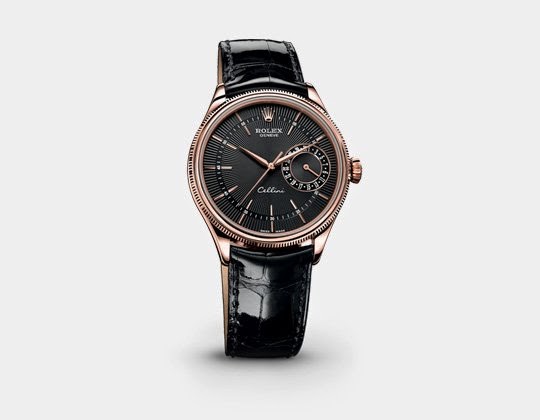 Hours, minutes and seconds form the essence of everyday timekeeping. The Cellini Time captures the present as if nothing else were of importance; nothing but the magic of the moment.
Its simple, clear dial pays tribute to the timeless codes of classic watchmaking, while reinterpreting them with an elegant modernity. Faceted and shaped like a two-edged sword, the hands count off each second, each minute and each hour wth the full precision of the self-winding chronometer movementi
at the heart of this prestigious timepiece. 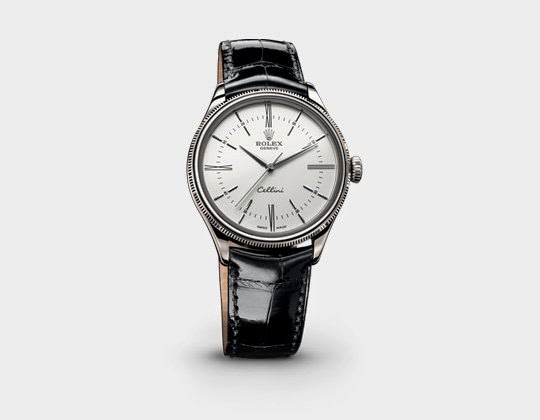 There the sun is rising, while here the day is drawing to a close. While on the horizon the sun is setting into the night, on the Cellini Dual Time it gradually appears in the aperture at the bottom of the dial.
The Cellini Dual Time model grants its wearers the gift of temporal ubiquity. With a quick glance at the dial, they are simultaneously aware of the time here and the time elsewhere. To differentiate daytime hours from night-time hours, a sun or moon symbol transits the aperture at 9 o’clock on the sub-dial. The hour hand can be set independently by successive “jumps” to adjust to a new local time zone, without disturbing the functioning of the watch or the chronometric precision of its self-winding movement. 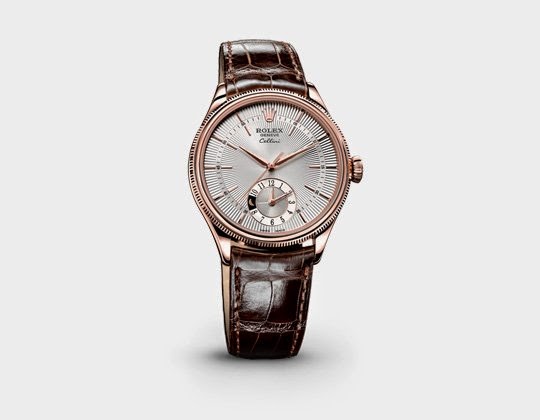 Audemars Piguet "Get in the Chopper!"

Arnold Schwarzenegger is a robust man as is Audemars Piguet
they have both collaborated throughout the years.
I'll be displaying the Audemars Piguet The Legacy Chronograph 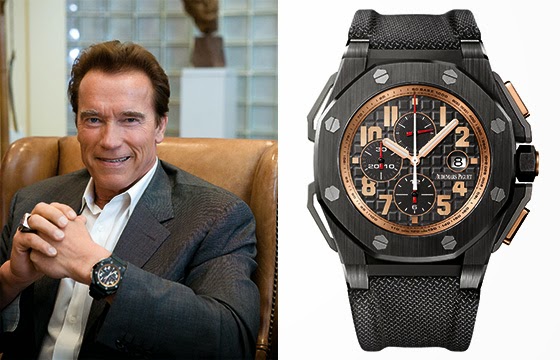 The watch was made in a limited amount of 1,500

It comes in a massive 48.00 mm by 14.10 mm case
Aramide fibres with titanium over-sized pin buckle. Additional black crocodile strap
This timepiece has a staggering 50 jewels

For a man who has won Mr.Universe and Mr. Olympia on more than one occasion
as well as govern the state of California the Audemars very much fits this man well.
I've seen some of Arnold's watches personally when visiting Swiss Watchmakers & Co.
But some of them looked bland and just over-sized. But this Audemars Piguet fits his giant wrist perfectly while maintaining the classiness of the timepiece very well. 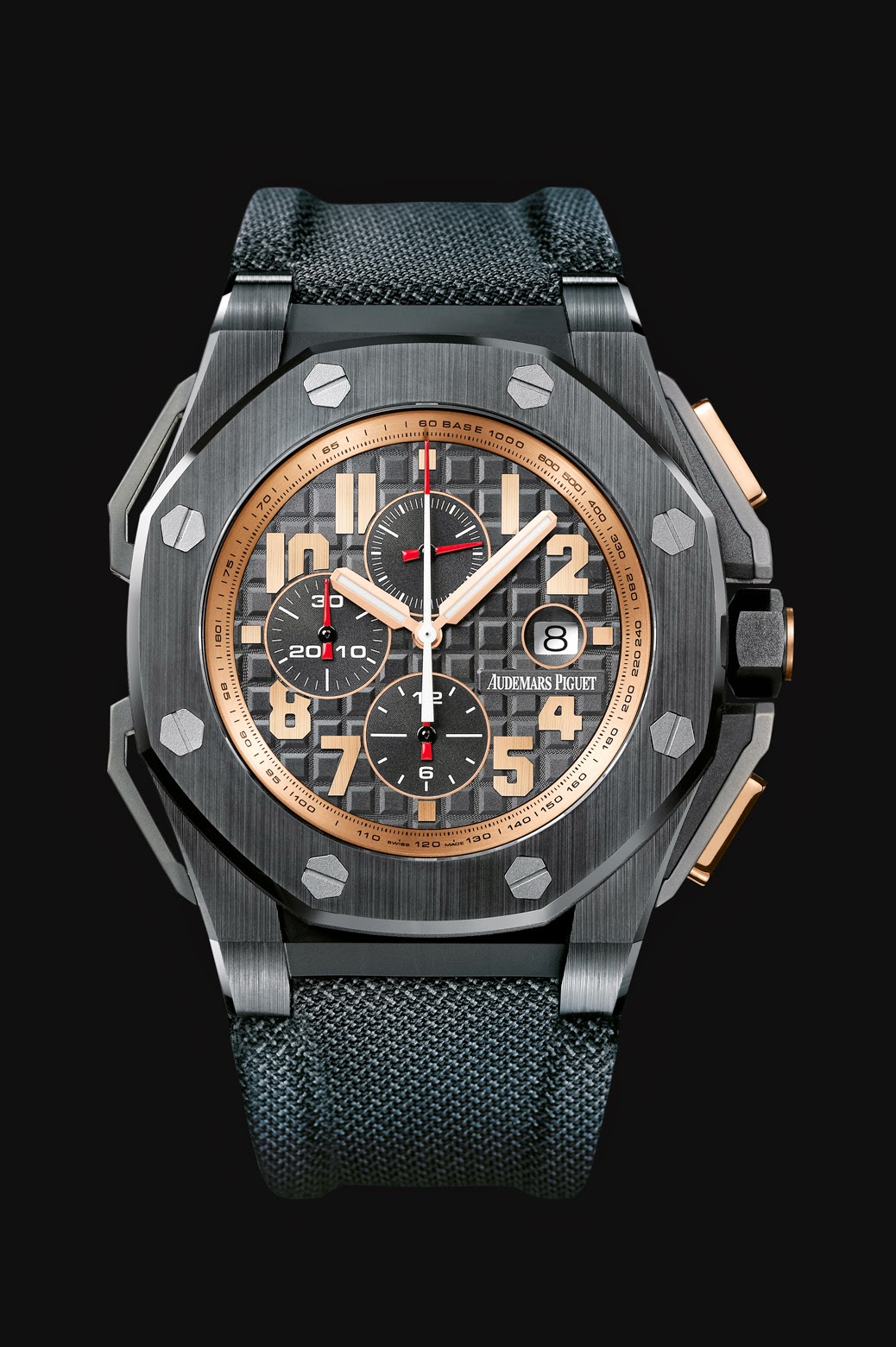 Swiss Watchmakers & Co. Provide the highest quality of work on luxury timepieces including Audemars Piguet Simply simply go to their site by clicking one of the links, fill out their 1 minute form and send in your timepiece without ever leaving the comfort of your home. 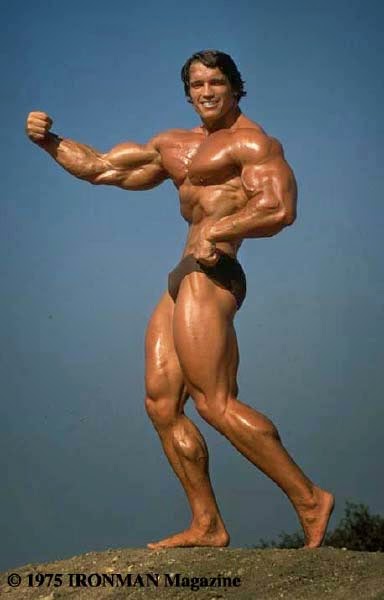 Well this concludes my small post... "I'll be back"

This Watch Uses Liquid To Tell You Time!!!

As the title states there is a watch that tells you time using a liquid.
Watch a video of the timepiece below.

The liquid seems to come in 3 colors.
A lime green, sea blue and bright red.
The interesting thing about this timepiece is that it actually uses 2 liquids.
Water Based and Oil. Based Liquid
8 days Power Reserve 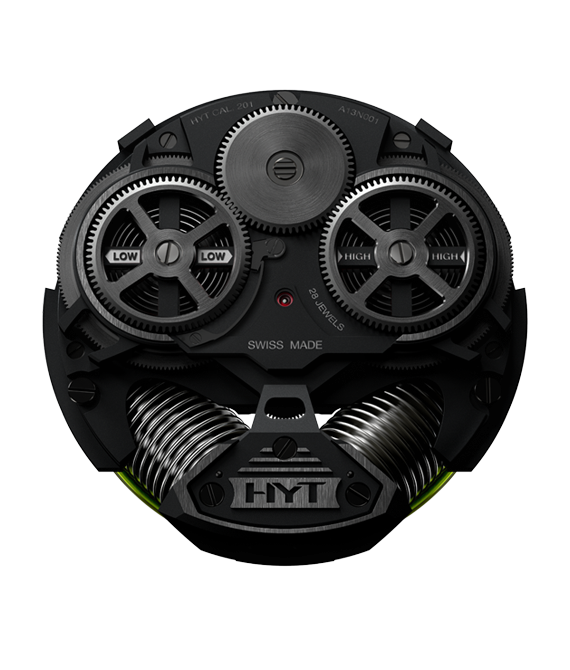 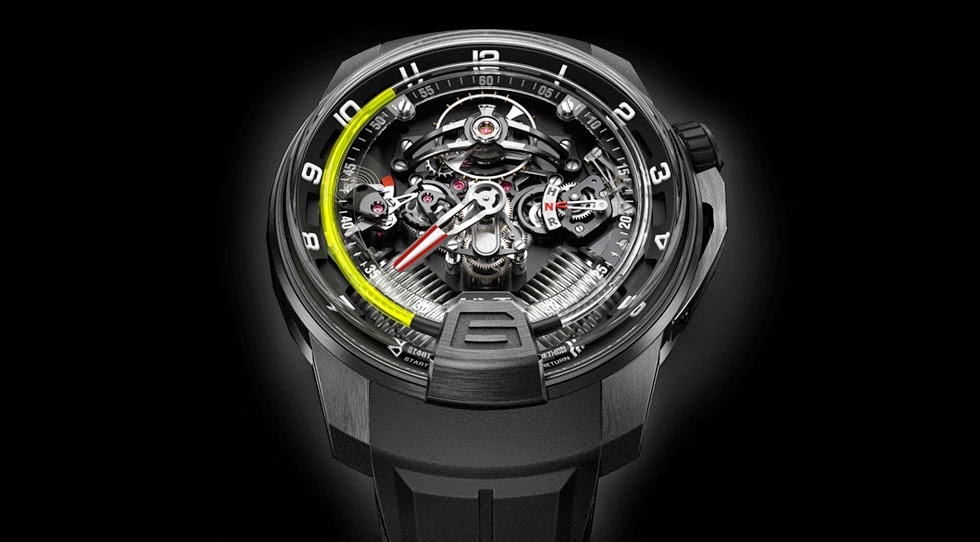 The timepiece now has 19 different references and will be available world wide.

Another watch that was released at Basel World 2014 was the Breguet Clasique 3797
This timepiece is a diamond in the sand.
It truly stands out from the rest.

The watch is shown in their video below

Oh the wonders that Breguet has done in this timepiece.
The Breguete Clasique 3797 shown in the video has a White Gold Case and Dial in 18-carat gold, silvered and engine-turned in four different patterns. Individually numbered and signed Breguet.
Roman numeral written on a sapphire disk for hours!
This Perpetual Calendar Tourbillion is simply stunning and filled with features. 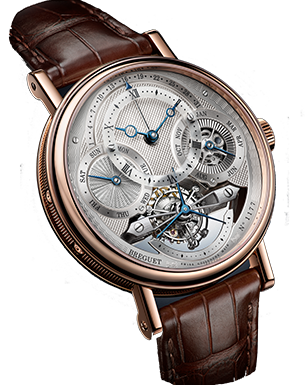 So it's been a while since I last posted.
I apologize for that greatly on a side note the page has now had over a Ten thousand hits!
I would like to thank you all for coming to the page and reading my little bio's/reviews on watches.

Alright so now lets dive into watches.
As many of you know Basel World 2014 showcases various new timepieces.
So I will be covering that, well recovering since I'm a tad late. 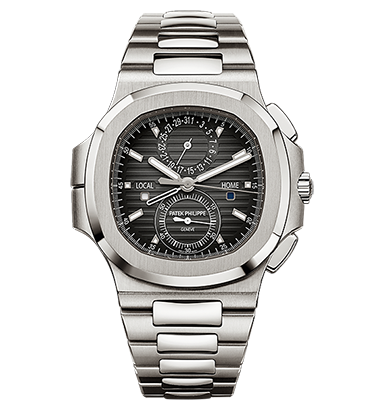 The one I saw at Swiss Watchmakers was beautiful, gold case black dial but it only featured Hour/Minutes/Date
The new Patek Philippe Nautilus features the same things as the old one but it also has Seconds, a Chronograph and Dual Time. 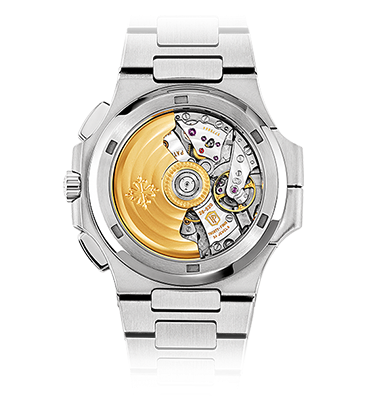 Now this is a significant amount of changes throughout the years. As some of you who have followed my posts for a while I love Patek Philippe because of how they can make the complex seem simplistic.
They have not failed to do so here.
The dial isn't cluttered at all its perfectly placed, organized and easy to read.
I must commend Patek Philippe for doing this so well as many watches have these features but their dials are cluttered or the timepiece itself is huge, Patek Philippe have been able to keep the timepiece at a nice size and show the features beautifully.

Sidenote: It's good to be back